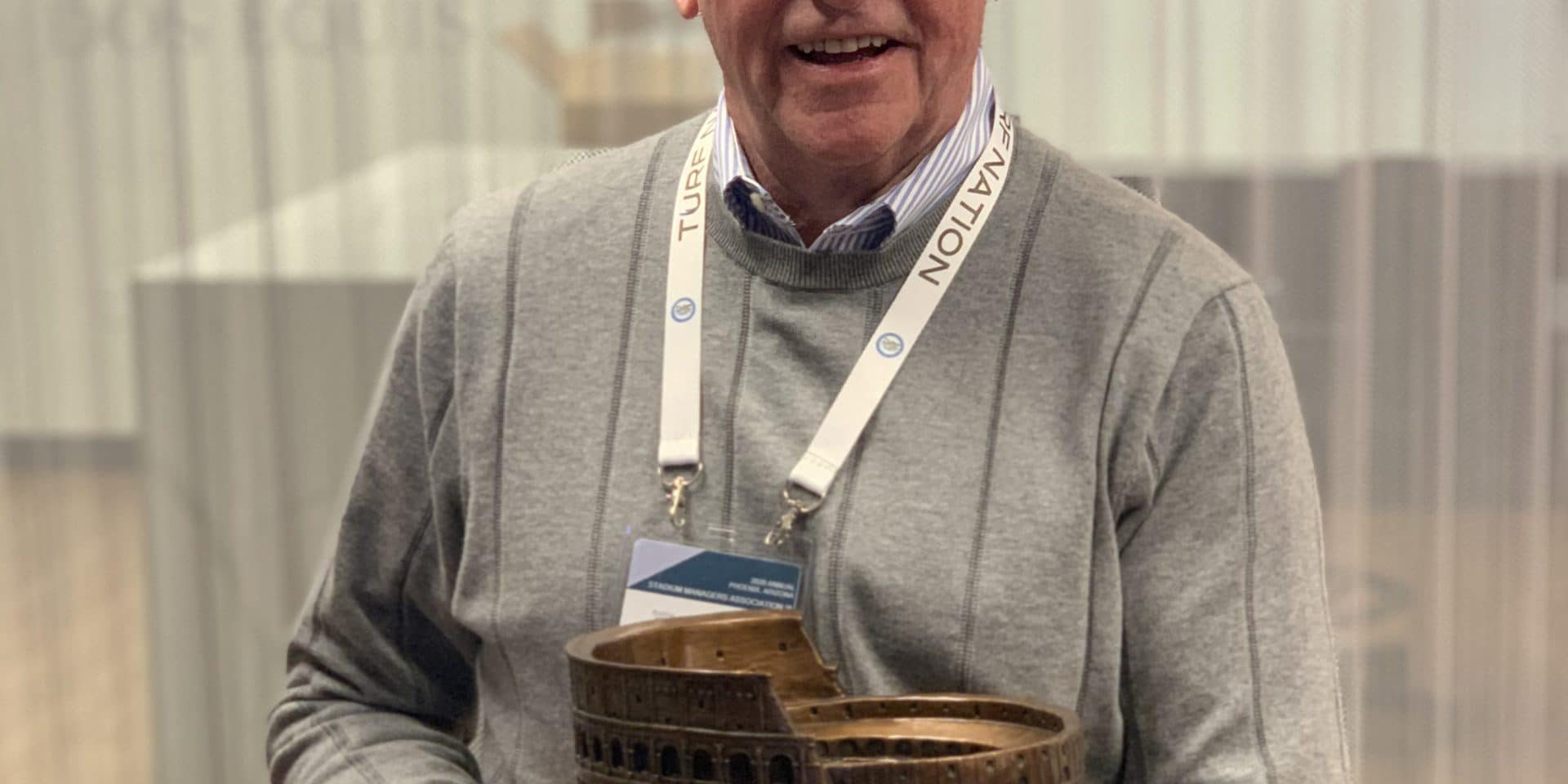 Phoenix, AZ – Covermaster President Bob Curry was honored in February by the Stadium Managers Association (SMA) with the organization’s Lifetime Achievement Award, marking his extraordinary contributions to the industry.

Held in Phoenix, Arizona as part of the association’s annual seminar, the event recognized Covermaster’s continued support of the SMA’s educational programs and Scholarship Foundation, which provides yearly tuition assistance to students in sports management. The award also noted Bob’s years of involvement with the SMA and his ongoing support for their annual seminar.

Award recipients are long-term members who have not only held a leadership role in the industry but have helped professional and collegiate stadium managers excel in achieving the highest level of facility administration and operation. The award is not necessarily handed out each year.

The SMA states, “For years, Covermaster, Inc. has been a top choice for fields around the world. It’s truly a testament to (Bob’s) commitment to the industry and continued innovation.” “As a company they’re always looking at new things and striving to find ‘what would work better.’”

A new concept for the sports pitch market
April 9, 2021
Are you looking for something?
Recent posts
Categories
Go to Top