Racing Genk Chooses for Evergreen and Raincover of Covermaster 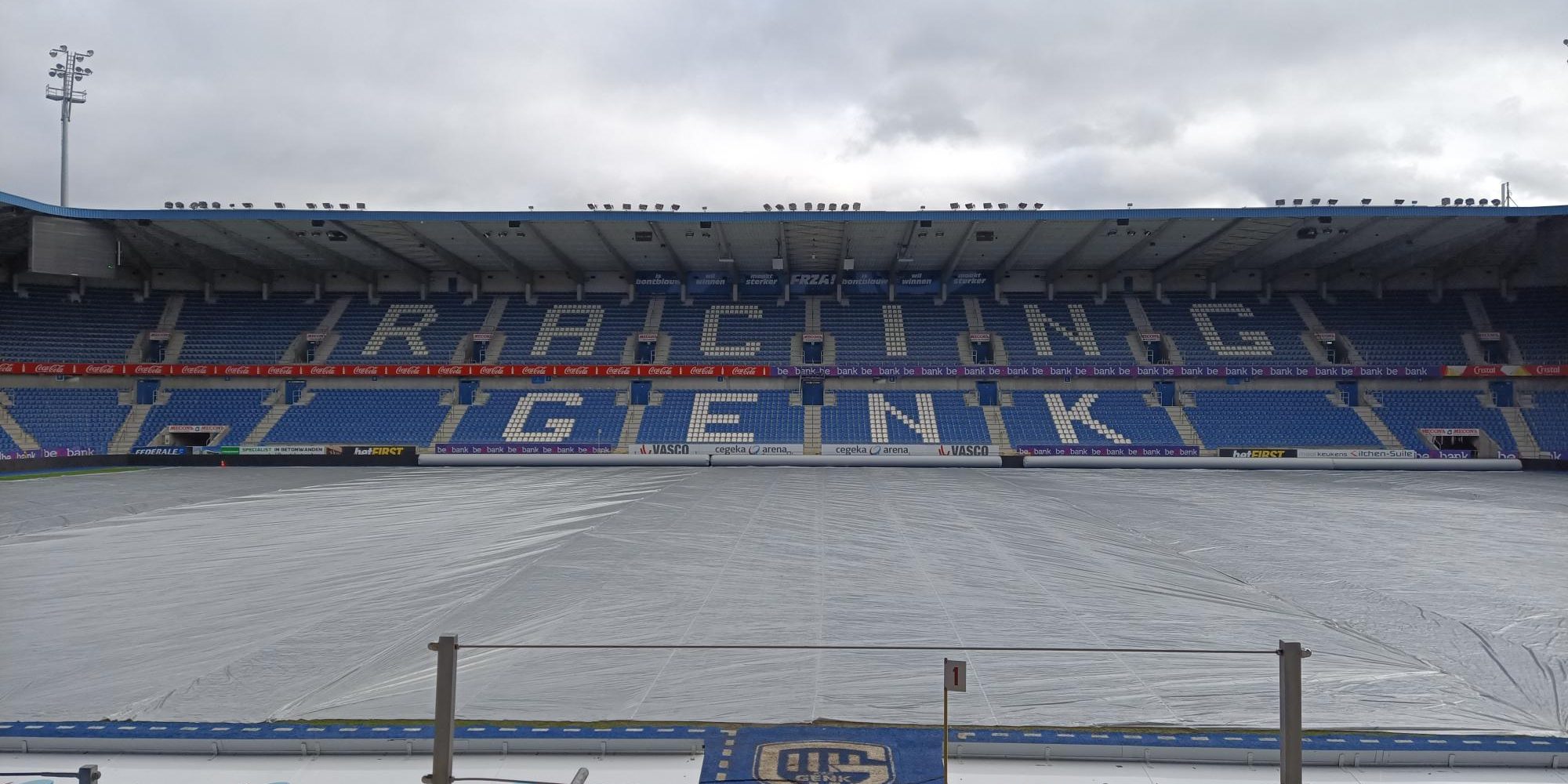 Racing Genk purchased an Evergreen Cover and Raincover of Covermaster.

They wanted to have the best protection covers for their field against frost , rain and snow.

The Evergreencover is a four seasons blanket that not only protect your grass against frost in winter but also can be used as a germination blanket during the year.

Since 1985 our Evergreen™ Original Turf Covers patented cover has set the standard for turf covers in the turf industry. Unlike competing covers, it works just like a greenhouse by allowing sun, air and moisture to penetrate the cover and reach the turf. This effect also allows any excess heat to be released through its unique lace coating. Evergreen™ Original is easily identified by its white lace coating and offers all the benefits of Evergreen™ turf covers at a price that can fit even the most modest of budget. Evergreen™ Original comes with a 7 year pro-rated warranty and plain anchor pegs.

Only Evergreen turf blankets has the revolutionary Smart Edge Technology™. The secret is the patented lace coating, which provides integrity for the cover, without the need for hems and grommets. The turf blanket will not pull apart in the middle, providing protection against turf damage. It also provides for the right amount of ventilation, since the lace coating eliminates the need for an airflow reducing tight construction weave of the fabric. Every Evergreen can be cut or shaped with ordinary scissors, without the edges fraying or damaging the cover.

Evergreen turf covers are designed to provide a protective barrier for all types of turf. They are a perfect complement to any turf management program. Evergreen shields the area from adverse growing conditions, including human and wildlife interference, seed dispersal and environmental concerns, like fertilizer run-off.

Evergreen turf covers are made of a translucent polyethylene material with a patented lace coating. Each cover is uniquely woven to be both permeable as well as protective. The turf covers are UV treated, rot and mildew resistant and will not show any significant wear or degradation by sunlight, even after years of regular use. No other cover looks or performs like Evergreen.

Evergreen was originally developed for winter protection and performs with outstanding results against the harsh effects of this season. Evergreen winter turf blankets will protect your turf from wind desiccation, erosion, frost and winter kill. It is also very cost effective during these months, by limiting maintenance fees when turf is dormant and producing quicker spring openings for greens by 2 – 3 weeks

Evergreen turf cover is very effective in regions which experience any period of frost. If there is a sudden drop in temperature causing frost formation, Evergreen should be applied just prior and remain down until the temperature begins to rise to somewhat normal conditions.  Evergreen can be laid down and removed easily and can protect against frost shock or can be used to re-establish turf after the damage has been done. The ease of installation allows for quicker response to changing weather conditions, protecting your turf no matter the season.

Q&A: COVERMASTER’S KEN CURRY(Posted by TheStadiumBusiness on 22nd July 2021)
July 29, 2021
Are you looking for something?
Recent posts
Categories
Go to Top