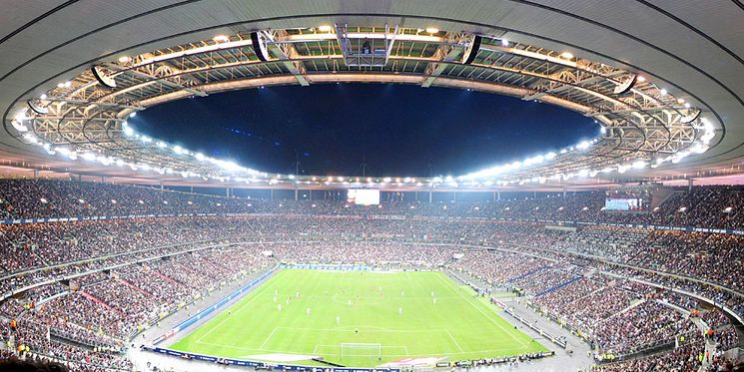 Tarkett Sports, a global leader in innovative and sustainable solutions for sports surfaces, is pleased to announce the installation of Desso GrassMaster®, its popular natural reinforced grass pitch technology, at the Stade de France in Paris.

The Desso system allows for top-level games and events as the pitch recovers fast thanks to the reinforced root zone. As Stade de France is used by both the French National Football team and the French Rugby Union, the pitch will immediately serve a dual purpose. The first game took place this weekend when the stadium hosted the opening game of the Six Nations, France vs. Italy. In Juin Stade de France will welcome EURO 2016, starting with the opening match and closing the tournamnt with the finals.

Eric Daliere, President of Tarkett Sports, stated: “Being selected to equip Stade de France’s playing surface is both a great honour and a major milestone for Tarkett Sports. The use of our Desso GrassMaster Technology for such a prestigious sporting venue affirms our position as a premier supplier for sport surfaces. The Stade de France, newly equipped with our advanced hybrid grass technology, will welcome this year high-profile events such as the European Football Championship EURO 2016 and the Six Nations tournament. This achievement has been made possible through hard work and commitment from our team and our customers.”

About Desso GrassMaster Technology: Reinforcing the vital biological process
The system consists of a 100% natural grass surface into which artificial fibers are injected 18cm deep, in a grid of 2x2cm. The ingenuity lies beneath the surface as the grass roots entwine with the fibers, thus anchoring the pitch. This results in a consistent playing surface with tremendous stability. A recent study indicates that 95 out of 100 GrassMaster pitches had the optimum playing stability thanks to a high infiltration rate, with 3 times more drainage capacity than other hybrid systems or regular natural grass.